In South Africa there are presently only two diseases that attack fuchsias, namely botrytis and rust. 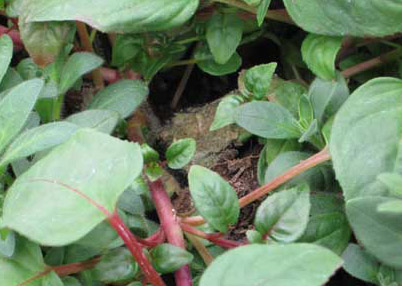 This fuzzy grey gossamer-like mould is found on dead or decaying leaves, stems and flowers which, if left, will spread to healthy plant tissue. It is due to a scavenger fungus and most often affects rooted cuttings and young plants, but may also affect a branch of an otherwise healthy plant.

Grey mould is opportunistic and will attack weakened or damaged plants. Meticulous plant hygiene is the best preventative option. Fungicides are not of any use. 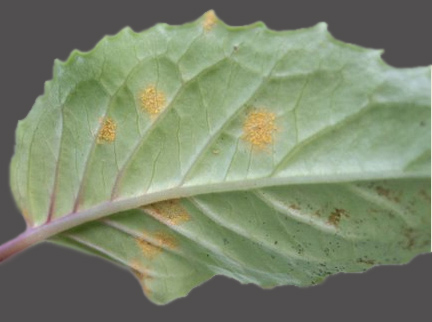 This is not uncommon in the cold and wet months and is due to the fungus Puccniastrumepilobii. It tends to attack lower leaves first, unlike white fly and aphids that attack the growing tips. It is easily recognised by the characteristic orange cayenne pepper granules on the under surface of the leaves. The upper surface shows a brownish discolouration in the affected areas. The fungus lives inside the leaves and the orange granules are the spores by which it propagates. In heavy infections the leaves shrivel and fall off and the plant may die. The infection is readily spread via the spores.

Treatment consists of very carefully removing affected leaves and disposing of them. Spray twice at intervals of a week, especially the undersides. Funginex is a systemic insecticide that works but takes longer to act.

Rosecare 3 contains several ingredients that cover all the insect problems, as well as rust.