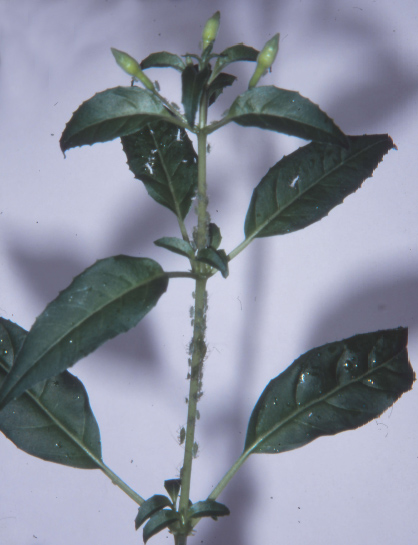 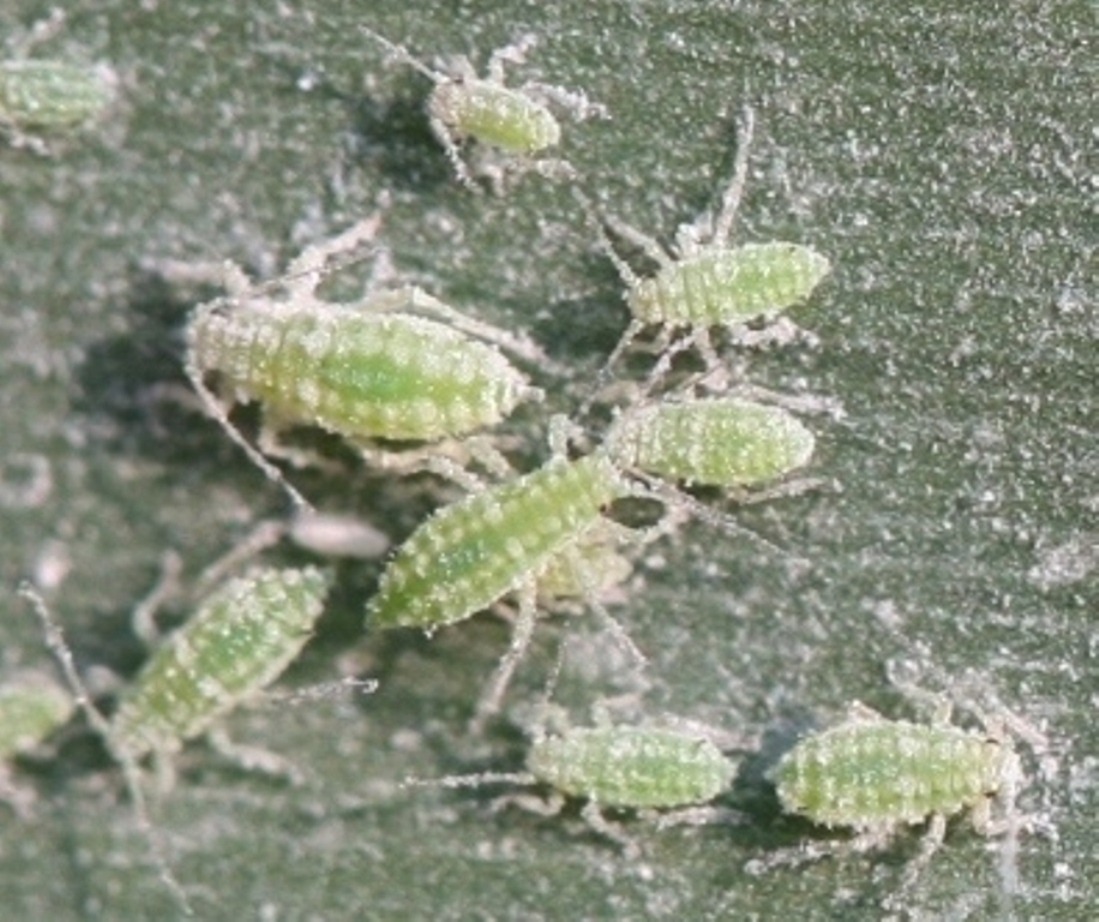 Aphids are sometimes called Greenfly, which start appearing in the hot months from about August. They are small, soft insects about 1-2mm long, usually green but sometimes brown or black. They feed on the soft tips and flower buds and are most active in spring and autumn. Because they can multiply at a prodigious rate, aphids can colonise the entire top growth of the bush very quickly. Besides causing damage on their own behalf, they encourage other pests and diseases.

As aphids feed on sap, they can seriously retard the growth of the plant and blemish the flowers. Aphids excrete a clear sticky liquid called honeydew on which the black fungus, sooty mould, grows. It is also attractive to ants and this is often the first clue of an infestation. Several treatments are available.

It is very important to inspect your plants several times a week, paying close attention to the underside of leaves. Don't over fertilise, as aphids prefer the new growth that is found in abundance in overly fertilised plants.

A first infestation can be broken up by spraying under the leaves with a solution of 2tsps mild dish washing liquid mixed into a bottle of lukewarm water. The soap washes off the aphid’s protective waxy coating and causes dehydration. Repeating this three or four time a week can give natural predators, such as lacewings, hoverflies, ladybirds and some small birds, time to increase. Recent research has also proved the effectiveness of garlic sprays as an aphid repellent.

If the infestation is severe though and covers most of the new shoots, it is necessary to use an insecticide spray, but unfortunately this kills other insects that are not necessarily harmful. Confidor is a low-toxic systemic spray that enters the sap stream of the plant and kills any insect that draws sap from it. Koinor is easy to apply once or twice during the season and even preventively and has a broader spectrum than just aphids – also seems to work for whitefly